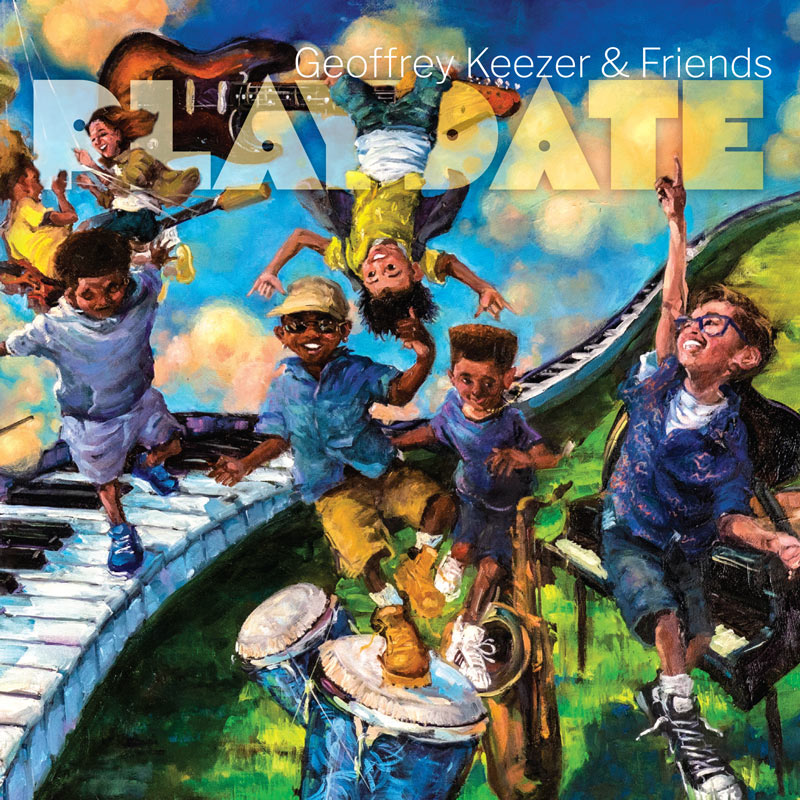 On his 23rd album as a leader, renowned pianist, composer and arranger Geoffrey Keezer continues to augment and refine his distinctive style. He presents a dazzling amalgamation of genres with Playdate, released  August 12 on his own record label, MarKeez. The album’s lighthearted namesake is an homage to the concept of planning a playdate for a group of kids. Rallying a group of distinguished collaborators, Keezer calls this virtuosic cast “Geoffrey Keezer and Friends.” On Playdate, an idiomatic mastery of funk, hard bop, gospel, heavenly strings and the blues is externalized by an all-star musical roster, including collaborators Shedrick Mitchell on organ, Ron Blake on tenor and soprano saxophone, Richie Goods on acoustic and electric bass, and Kendrick Scott on drums. This new offering also features special guest guitarists Aayushi Karnik and Nir Felder, as well as percussionist Munyungo Jackson and an 18-piece string orchestra led by violinist Lady Jess.  View full album bio >

“Playdate is fashioned as, and proves to be, a definitive statement.”
– JazzTimes

“An album of largely high energy jazz that sounds like it was made simply to be enjoyed. There is a mix of styles and the music evokes all sorts of cinematic imagery…reaches back to golden era Blue Note but has a steady eye on challenges of the future as if to suggest the direction that this jazz thing might be going in.” – Bebop Spoken Here

“Keezer’s goal was to highlight multiple styles while being unpredictable. Yes, he succeeded and then some.”
– Makingascene.org

“Playdate balances the formal with the casual so immaculately…you won’t be forgetting to head bob along the way.”- Marlbank UK

“Keezer obviously intended this ambitious project as a vehicle for his considerable skills as a composer…No one tune on the album is just one thing. They all begin in one spot, end up in another, and travel off into all sorts of unforeseen areas along the way.” – Will Friedwald, NY Sun

“The wide breadth of the tunes reflects Keezer’s ability to make any type of session come off as a winner, as this one is.” – Jazz Weekly

“Packed with expert improvisations and rich harmonies…in the top tier of jazz records in 2022.” – The Big Takeover 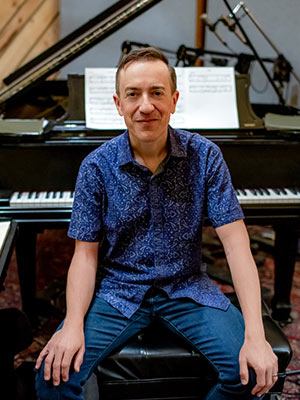 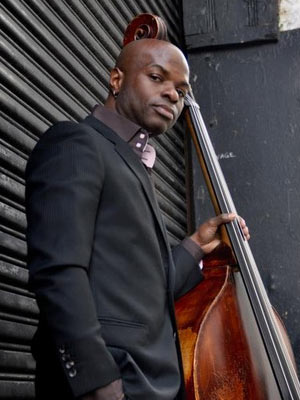 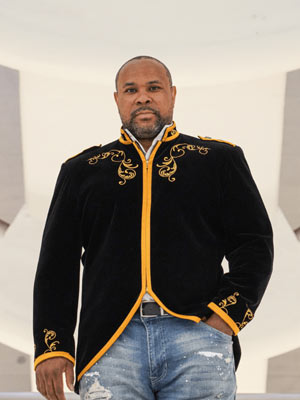 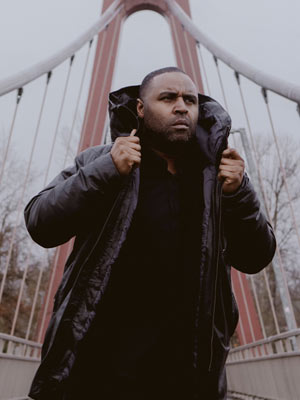 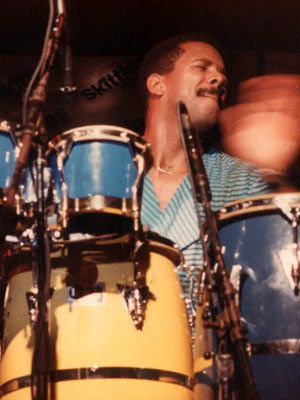 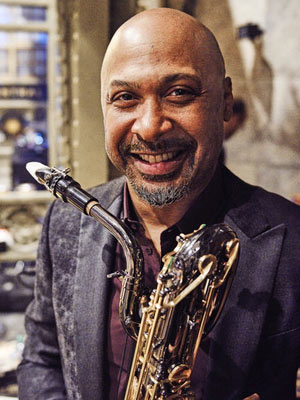 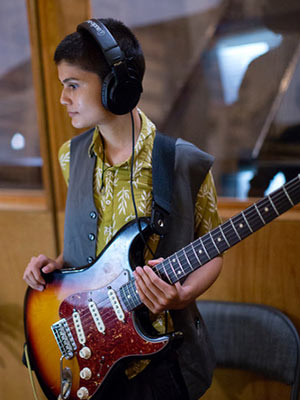 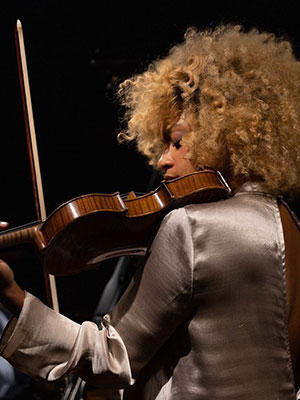 Submitted for Arrangement, Instrumental or A Capella

“Keezer at his most rhythmically effervescent.” – Downbeat

“A sweet feature for the rococo ebullience of Keezer, who hasn’t lost a step, chops-wise, since his debut effort some 33 years ago.” – NYC Jazz Record

“‘Tomorrow’, a 70’s album track by the Brothers Johnson, retains the original instrumental’s slick soul but turns up the heat a few notches.” – JazzTimes

“Keezer at his most rhythmically effervescent.” – Downbeat

“A sweet feature for the rococo ebullience of Keezer, who hasn’t lost a step, chops-wise, since his debut effort some 33 years ago.” – NYC Jazz Record

Submitted for Arrangement, Instrumental or A Capella

“‘Tomorrow’, a 70’s album track by the Brothers Johnson, retains the original instrumental’s slick soul but turns up the heat a few notches.” – JazzTimes

On his 23rd album as a leader or co-leader, titled Playdate, the brilliant pianist-composer-arranger Geoffrey Keezer again upholds his old friend Christian McBride’s observation “Geoffrey never repeats himself.” Always one to march to the beat of his own drummer while displaying idiomatic mastery of multiple genres, Keezer plays with characteristic flair, sparkling creativity and innate musicality, raising a joyful noise while navigating an array of Black American Music food groups – funk, hard bop, gospel, heavenly strings, the blues – with an equally idiosyncratic band of virtuosos that he calls “Geoffrey Keezer and Friends.”

Keezer explains the circumstances that inspired both the billing and the album title. “My wife and I moved from California to New York in 2019 with our child, who is now 4 years old,” he says. “Especially during the pandemic, getting your kids together had to be a scheduled planned thing – as it still is. So we have playdates with him and his friends. I decided that I wanted to do something that was just getting together with some musicians I’ve been collaborating with, but in different ways, making music like kids on a playground or in a sandbox.”

After recruiting his distinguished personnel, Keezer wrote the album tailored to their predispositions. Initially, he envisioned a co-led date with eminent keyboardist-composer-arranger Shedrick Mitchell, who contributes “Her Touch, Her Look” and “Bebah”, the latter featuring one of Keezer’s two stirring string orchestra arrangements. “Over the last few years, I’ve done a lot of string arranging for hire,” Keezer says, noting that he’s contributed to Mitchell’s superb 2020 date What Do You Say? and sessions by pop artists he’s produced, as well as the Baylor Project’s Generations and Richie Goods’ My Left Hand Man, which both feature Mitchell’s soulful, inspired declamations.

“We developed a good rapport, and I thought it would be fun to make a record together playing,” Keezer continues. “He’s an absolute master on the Hammond B3; Shedrick’s various solos are like master classes in drawbar technique.”

Mitchell’s What Do You Say? album included guitar hero Nir Felder, whose searing solo is a highlight on Keezer’s funky arrangement of “Tomorrow,” by the Brothers Johnson, subsequently covered by Quincy Jones – and sung by Tevin Campbell – on the 1989 album Back on the Block. Another two tracks feature Indian guitarist Aayushi Karnik, a Keezer student at Juilliard School of Music.

Keezer’s oldest friend on Playdate is tenor saxophonist Ron Blake, with whom he twice recorded during the 1990s on dates by legendary flugelhorn-trumpet master Art Farmer. For several decades, they’ve been bandmates on various McBride-led projects, most recently The Movement Revisited, a 2020 release.

He’s known bassist Richie Goods – who worked consequentially with piano icon Mulgrew Miller, Keezer’s mentor and bandmate during the early 1990s – since both attended Berklee School of Music at the end of the 1980s. Most recently, they’ve shared the stage on several tours with trumpeter Chris Botti.

Himself a drummer in formative years, Keezer has always felt at home with dynamic drum set practitioners. On Playdate Kendrick Scott propels the rhythmically varied flow, twice in conjunction with veteran L.A.-based percussionist Munyungo Jackson, who first played with Keezer in 2002 in Dianne Reeves’ band, and many times subsequently during Keezer’s 17 years in southern California.

“Originally I thought I’d go in the studio for a day and make an old fashioned, Blue Note style blowing date,” Keezer says. “Then I started thinking, ‘This would sound good with strings’ or ‘this would sound cool with percussion’ or we should add something – and it turned into a larger production. We wound up adding an 18-piece string orchestra and a French hornist (Rachel Drehmann).”

Ms. Drehmann overdubs herself into a four-piece horn section on the opening selection, “Refuge,” which Keezer “loosely based” on a piano concerto he wrote in 2001 for the symphony orchestra in Eau Claire, Wisconsin, his home town. Performing on that concert were his mother, a French horn player, and father, a percussionist – who passed away within two months of each other in 2020 – taught Keezer from his earliest years and inspired him with their stylistically capacious record collection. “The piece is very Rachmaninoff-influenced, but I was also inspired by the string writing that Alice Coltrane did on the album Infinity by John Coltrane,” Keezer says.

“My dad brought home these miniaturized study scores from the music library in Eau Claire of Beethoven symphonies and Haydn symphonies,” he continues. “I’d look at them while listening to the records. I learned a lot about orchestration and arranging that way.”

“I.L.Y.B.D.” (“I Love You But Damn”), a medium swinger, evokes the milieu of Art Blakey and the Jazz Messengers circa 1989, when Keezer replaced Benny Green in the piano chair. “It’s very James Williams-influenced, something that’s stitched into my DNA,” Keezer says, referencing the pianist-composer who brought Keezer to Blakey’s attention and remained his close friend until his death. After stirring solos by Mitchell and Blake, Keezer uncorks a characteristically jubilant statement that embodies the spirit of, as he puts it, such “late 1980s New York piano” inspirations as Williams, Miller, John Hicks, Kirk Lightsey, Harold Mabern, Donald Brown, Tommy Flanagan, Walter Davis Jr., Kenny Barron and Hank Jones – all active on New York’s piano bar circuit when Keezer arrived in New York City – as well as Ahmad Jamal, McCoy Tyner and Phineas Newborn.

Mitchell composed “Her Touch, Her Look” and “Bebah” with Keezer’s tonal personality in mind. The composer comps but does not solo on the former tune, a gorgeous, tender ballad, offering sublime backdrops for Blake – who says his piece with rapturous tone – and Keezer, who offers a rhapsodic, efflorescent solo. “Bebah” opens with a harmonically rich passage in which piano and strings interact before morphing into a burner, on which Blake and Keezer play with explosive lucidity.

The proceedings end with the rollicking “M’s Bedtime Blues,” based on a melody that Keezer and his wife, vocalist Gillian Margot, conjured during nightly FaceTime sessions on which “Our son got on his little toy drum kit or a tambourine, and we’d play songs for my dad – and usually ended with that little blues. We warmed up with that tune in the studio, and decided to use it.”

As always, Keezer plays at an extraordinary level throughout. “We got a Yamaha baby grand piano in 2021, my first real piano in years,” he says. “It made a difference. I’m trying to dig deeper and deeper into what is my style, my personality as a pianist, and how I can develop it more. I think about choosing my moments – when to go into a torrent of notes versus when to lay back and play one line or something simple or pretty. I don’t feel so much like I have to dazzle everybody all the time – although some songs seem to call for it more than others. Within one song, to create peaks and valleys and drama; have areas where things are really dense, areas where they’re more spacious. Having an element of surprise. Trying to find a balance.

“I want there to be moments on this record that make you do a double take. ‘What did I just hear? What just happened? Did he really play that? Or did the song just turn a corner like I thought it did?’ I want it to be unpredictable and exciting and fun to listen to. And I wanted to create something that hopefully merits repeated listenings.”

All songs arranged and orchestrated by Geoffrey Keezer.

Thank you for your consideration.